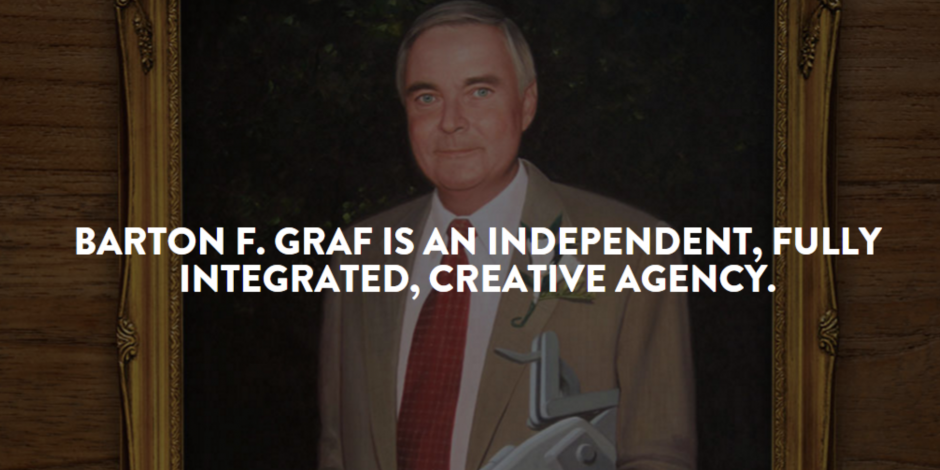 With news of the closing of a lauded independent ad agency Barton F. Graf the advertising world is reeling. Is this the end of independent agencies as we know it? Click here to jump to Ted Nelson’s comment.

Independent New York creative agency Barton F. Graf is closing its doors at the end of 2019, due to a drop in revenue and clients moving to a project model.

The news, originally reported by AdAge, stated that client spending shifts and a wave of staff departures, along with one of its biggest clients in Supercell moving to project work, meant that the 19-person agency would have to shut its doors at the end of the year.

The agency was known for the creativity of its founder, Gerry Graf, who brought a sharp sense of humor to clients like Supercell’s gaming franchises like Clash of Clans, Bulleit Bourbon, Little Caesars, Kayak and more recently, Welch’s grape juice. It was named after founder Gerry Graf’s father, and for a while was known as Barton F. Graf 9000.

The staff had seen several departures as of late, including executive creative director Jeff Benjamin and chief executive Caroline Winterton, who left the agency recently to join Digitas. Those departures, combined with a dwindling revenue base, spelled the end of the agency after a decade.

“Gerry Graf is one of the most creative brains in this industry and one of the most remarkable partners I’ve had the pleasure of working with. I’m excited to see what his next adventure will bring,” Winterton told The Drum.

Some fear that watching a respected creative agency go under may portend doom for other independent creative houses.

“It’s a tragedy. Every time a fantastic, brilliant independent shop closes it is a loss to the constellation of firms trying to thrive in an ever shifting, seemingly perpetually consolidating industry. Their closing reminds us that the pressure to sell and have a ‘bigger boat’ to weather storms can be immense, because those resources to deal with change, and access to the central business development pipeline, are super tempting. The tradeoff is autonomy,” said Chris Sojka, co-founder and chief creative officer, Madwell.

Others see it as a continuing move away from the agency of record model and to more of a consultant role.

“The word ‘agency’ is predicated on the idea of a company acting on behalf of a brand, and that value exchange was the basis for a lot of AOR engagements. But these days, brands are more in control of themselves than ever. They don’t always need an agent; increasingly, they just need a short-term partner, or someone who can listen and help them solve a very specific problem,” said Mark Pytlik, chief executive officer at creative studio Stink Studios.

Added Marla Kaplowitz, president and chief executive officer at the 4A’s: “We are in a fluid and fast-paced moving industry, and while it’s unfortunate to see this news, the economics of the agency world are changing at a rapid clip today, as some clients move to project-based work from retainer-led work. While there are always casualties in periods of change, new and rising agencies continue to adapt and transform to meet clients’ needs.”

Ted Nelson, chief executive and strategy director at creative agency Mechanica said the news about Barton F. Graf was sad to hear, but he added that the traditional agency model has always been changing, and that indie agencies are better suited to adjust to new realities.

“It’s really a case of glass is half full or half empty,” said Nelson. “Independent agencies may choose to view these seismic industry shifts as existential threats, but in reality, right now is arguably a great time for smaller, more agile and purpose-focused independent agencies. For brands seeking to innovate and differentiate, the nimble, nose to the ground capabilities of indie agencies positions us as the ideal partner for these times. I think forward looking, restless independent agencies will adjust to this new model surprisingly well.”

Tom Denari, president at Young & Laramore, added: “Because we’re more nimble, independent agencies are actually more suited to work on a project basis than large holding companies are. Most conglomerates are trying to appear more like us.

Pytlik noted that Barton F. Graf will be missed. “Barton F. Graf is great, and their work always has distinct sensibility, which is not something you see every day.”