EASTERN AIRLINES is back (again) with a new strategy and rebrand

EASTERN AIRLINES Is Back (Again) With a New Strategy and Rebrand

The once storied carrier tries a different approach 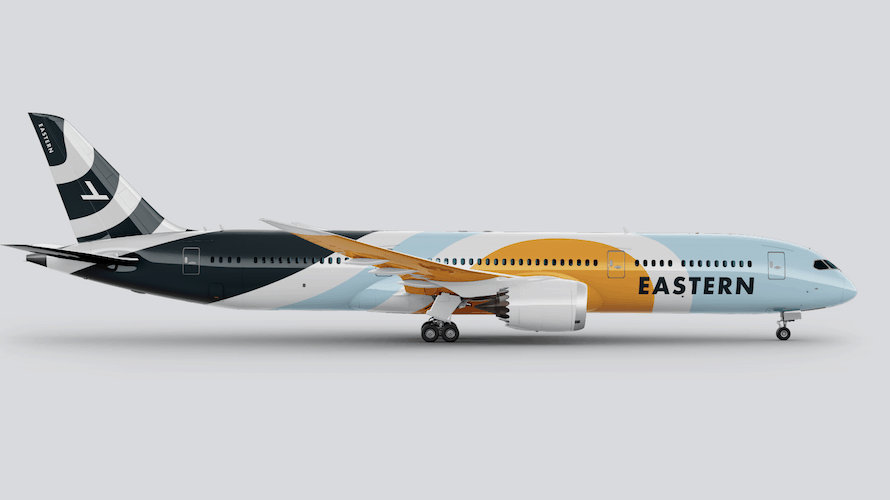 During its heyday, Eastern Airlines was one of the original Big Four domestic carriers, before folding in 1991. This January, it is returning to the skies, beginning with a route to Guayaquil, Ecuador out of New York’s JFK International Airport. It’ll also serve Georgetown, Guyana and Jinan, China (pending the resolution of political tensions between the U.S. and China).

Eastern’s leadership is betting that there’s an audience for long-distance flights to underserved, secondary markets often not viable for major carriers.

“As we look at the world, we see a fairly significant opportunity as the aviation industry is consolidated. Big airlines with big airplanes need a lot of utilization to feed the aircraft—that leaves a lot of secondary markets without nonstop service,” said Steve Harfst, Eastern’s president and CEO, who has experience with smaller markets as the former chief operating officer of Allegiant Air and India’s IndiGo.

“We can serve these markets two to four times a week and be profitable,” he added. “Those markets aren’t big enough to support large legacy carriers.”

Eastern’s current business model bears no resemblance to the brand’s former glory, serving almost the entire country—including being the official airline of Walt Disney World—before folding in 1991 after the airline industry deregulated.

Its intellectual property was purchased by Dynamic International Airways in 2018 from another carrier that attempted to resurrect the brand through flights between Miami and Havana, Cuba, but failed to find a footing.

Dynamic International Airways, which had been offering domestic and international charter services predominantly in China, has since changed its name to Eastern. Harfst joined in 2019 after the company purchased the naming rights. 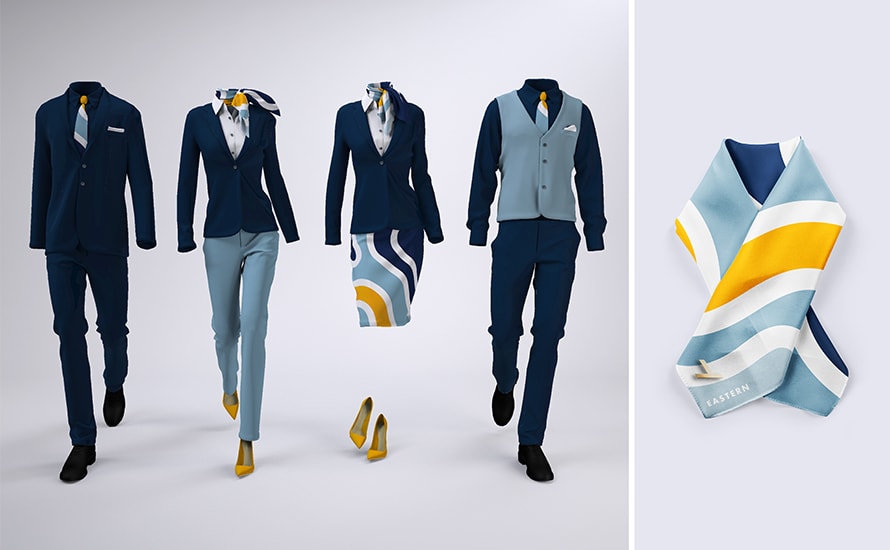 Initially lukewarm on the name, he’s warmed up to the idea of entering markets with a recognizable brand, albeit one that hasn’t flown regularly since the Reagan administration.

“When people hear Eastern, they immediately know who we are and what we do,” Harfst said, declining to say how much the company spent to reclaim the intellectual property. “There’s instant name recognition, which is really powerful.”

Unlike its predecessor, this version of Eastern doesn’t aspire to become one of America’s largest carriers. Private charter services will account for a little less than half of its business, with clients including the Department of Defense and several universities.

Eastern currently has eight wide-body, long-haul Boeing 767s, with plans to increase the size of its fleet by 30% next year. The carrier isn’t available to book through online travel agents yet, but Harfst hopes to be within the year.

The latest iteration of Eastern will also get a rebrand to reintroduce itself to audiences both domestic and international. Designed by the creative agency Mechanica in partnership with brand strategy boutique Playbook Studio, the new logo will eschew Eastern’s classic “hockey stick” bird and two-tone blue livery for a topographic print unique to each destination: a bird’s eye view of the markets it’ll be serving.

“It was one of the iconic brands … [from] that old, romantic time of flying,” said Libby DeLana, Mechanica’s creative director. “We wanted to honor the history; we weren’t looking to completely disown the past.”

The topographical prints will extend down onto the plane’s livery as well as the uniforms of its flight attendants, who are being recruited from the destinations Eastern serves.

As of now, Eastern is scheduled through May with routes to Ecuador and Guyana, and has plans to announce new markets this quarter. When asked how long it would take before he knows if his gamble is working, Harfst laughed and said, “We should know within six to nine months whether or not a market is responding.”