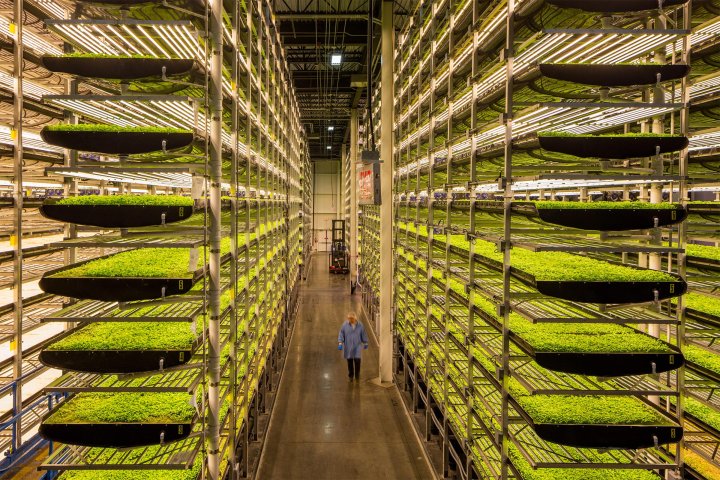 Millions of people around the globe suffer from food insecurity, and experts say that number could increase as the climate changes. The founders of AeroFarms say its technology, which includes a technique for indoor farming that uses 95% less water than field farming, can help. A key advance to the company’s patented ­technology is a new growing medium: rather than grow in dirt, these crops grow in a reusable cloth made from recycled water bottles. Instead of being doused with water, the crops are hydrated with a gentle mist. AeroFarms has already produced crops like kale and arugula at scale, selling to big grocery chains, restaurant providers and, beginning this year, even an airline. “We’re the only commercial grower in the world doing what we’re doing,” says co-founder Marc Oshima.